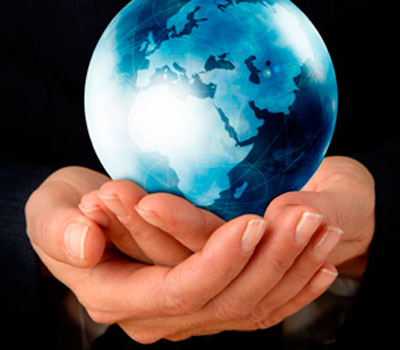 THE “COMPLIANCE OFFICER” FOR COMPANIES

All companies in Spain, no matter their size, number of employees, will have to hire a “Compliance Officer” or appoint a person in the company to provide this legal service.

This new thing in Spain came over from Common Law countries, such as the United Kingdom or USA, as this system has been implemented there for some years now. Despite it is quite unknown here in Spain, since 1st July 2015, as New Criminal Code came into force, all companies new to be updated and comply with Criminal Code and Corporate legislation.

Compliance Officer merges as a person in charge to supervise and control all the daily legal activities of the company, its employees, in order to prevent major offences to be committed whether by employees or employees on behalf of the company.

As above mentioned, this measure has affected all companies located in Spain, including Ltd, Inc. Or even self employed people who run a business. In small companies, the Compliance Officer might be an employee, being the accountand or administrative recommendable, but having to report to an external lawyer to check if the company comply with the Laws. In bigger companies, the Compliance Officer ust be an external body, preferebly a qualified and certified Lawyer-compliance officer, member of the Law Society and any Compliance Association based in Spain.

This Compliance Officer body became mandatory due to some changes in the Criminal Code and Anti Money Laundering Laws enacted in 2010.
The main tasks will be the following:
Offer legal planning and advice in regards to General Compliance.
Coordinate the different business sectors of the company.
Supervise accountancy and turnover.
Teach employees in order to prevent and avoid offence commission.
Issue a report every month or quarterly with the CEO or Director.
Establish and set a prevention of economical offence scheme/protocol
Set a direct report of offences in case of any suspicion.

Section 31 bis of the new Criminal Code entered this new and crucial job and obligation for businesses in Spain. Along this section we can find the responsibilities in which companies and their administrators may incurr. If the company, or its administrator or manager, or even an employee committ a fraud or money laundering or forgery, among others, the consequence and Sentence which the company may face could be, depending on the amount and responsilibity involved, the temporary closure of the company premises and offices and trading prohibition; the definite closure and liquidation of the business; an economical sanction and fine of thousands of Euros or over a million Euro.

At Bufete Padilla, we have and provide this compliance officer service to self employed people, to small businesses, mid size companies and big ones since July 2015, so any queries you may have don’t hesitate in asking us without any commitment.

The Bill of the new and future Corporate Code was passed the last 30th of May 2014 by the Spanish Government but it has not been enacted the final Project of the Law yet. This new regulation will delete the former and old Commerce Code in force since 1885.

The Corporate Code will regulate the concept of “Market”, in which the private and legal relationships between business, corporations and individuals will be ruled. It will also introduce some institutions such as the company, business and corporate contratcs which had no previous regulation.

The Code will unify and compilate several spread corporate laws from the past 130 years in only one Code and will be distrubuted in 1726 sections, a preliminary title and 7 books and the legislation department from the Government has been working on this Law since 2006.

The Corporate legal system will be more secure as corporate legislation will be of exclusive competence from the Government for the unity of the global market in Spain.