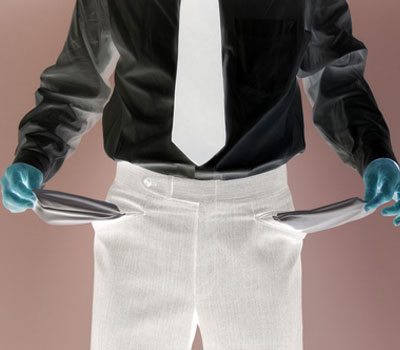 THE BANKRUPTCY PROCEEDINGS SINCE 2004

I’m going to explain the bankruptcy proceedings or Concurso de acreedores, some years ago known as Quiebra in Spanish language, with some important and relevants aspects of the procedure in Court, the parties involved and the functions of the Administrator

Lately, I’ve been watching the news on tv and radio and I really realized how common has become for many shoe factories and constructuion companies in Elche and region to declare Bankrupted by a Court Oder.

In my town, Elche, for example, the shoe industry has been the most influential and important in workstations and economical terms. Since three decades ago when another industry emerged, the construction industry, which established thousands of jobs and made the town grow and grow so fast reaching now in 2007 the 250.000 inhabitants. But both industries are nowadays in a deep and long crisis and some well known companies, such as Martinelli (smart shoes) and CHC (construction) have shut their doors.

After the previous introduction I made, I’m going to start explaining briefly how the Bankruptcy works here in Spain since September 1st 2004, when the Nueva Ley Concursal came into force.

What’s the Bankruptcy proceedings or Concurso de acreedores? It’s a judiciary procedure which is used to solve an insolvency situation for a debtor, who can be a person or a company also, before the creditors. After the publication of the new Bankruptcy Act, it’s not necessary to sale the debtor’s estate, but an agreement or convenio de liquidación can be made among all the creditors in order to postpone the payments.

According to Article 5.1 LC (ley concursal or bankruptcy 2003 Act), there’s obligation to declare bankrupted, because when this occurs, the debtor is no longer able to be indebted to someone else and the situation it’s the stopped by Law.

Bankruptcies can be either voluntary or compulsory. In the first case, when the debts can not be paid, the debtor voluntarily files a Petition of Bankruptcy before the Company’s Court or Juzgados de lo Mrecantil (if your company or yourself are established in Alicante Province the Court is located in Alicante City). In the second case, the creditors altogether are who file this Petition against the company when bills and due payments are not paid by the debtor at its maturity. Depending on the amount of the total debts the Bancruptcy Proceedings can be named Abreviado (1.000.000€ or less) or Ordinario (over 1.000.000€). It’s important for you to know that the debtor’s partners in the company can file the petition also.

If the Judge admits the application onsiderating the debtor as insolvent, a bankruptcy Order Resolution will be issued then within a week. If you, as a debtor, don’t agree with this Order it can be appealed in Alicante’s Court of Appeal within 20 days since the Resolution bringing as much evidence as possible that you are not really insolvent and that you could be paying your outstanding debts soon.

Who are the Administrators? Which are their functions? The Administrators are a Lawyer, an Economist and an Auditor who usually works for a bank, and all three are appointed by the Court and required by law once the Bankruptcy is passed by the Judge. Their main and basic functions and tasks are:

1.- Call a creditors’ general meeting in order to show a statement of affairs to the creditors.

2.- Make an official report to the Judge within two months since they are appointed, including a full list of debts, payments, estate, and creditors of the bankrupted company, etc.

3.- Are responsible for running all the businesses of the company, having meetings with the employees, bank managers, etc.

4.- Act as trustee to divide and assign the assests amongst the creditors at the end of the procedure.

The Bankruptcy Proceedings ends up with the final Resolution from The Court Of Appeal, or if the debtor pays all the debts according to the Agreement or convenio signed by all the creditors, debtor and the Administrators.